As part of the XXI edition of the Napoli Film Festival, organized by the Associazione Napolicinema, a competition is being established for feature films produced in the European and Mediterranean area.

Feature films, without preclusion of type or style, will be considered eligible for participating in the Festival. Films in the form of documentary will not be considered for participation. The films must have been mainly produced by a producer/producers established in the European and Mediterranean countries. All the films presented must have been completed after January 1, 2018.

The submission is free of charge.

Those who wish to participate in the selection process must do it through the official submission form (Annex 1) on the free platform Filmfreeway (filmfreeway.com). Submissions are expected no later than 30th June 2019.

The Napoli Film Festival Selection Committee will select up to 6 films and will inform the selected participants of their choice no later than Monday 15th July 2019.

The film makers admitted to the competition must guarantee submission of a copy for the international market (non-submission will result in exclusion from the competition), in the original language with subtitles in Italian, French or English.

An electronic copy of the dialogues in Italian, French or English for dubbing/subtitling is to be submitted no later than 16th September 2019 as well as a 30/60” film clip.

The Napoli Film Festival organizers reserve the right to schedule selected films at the date, time and location of their choice.

The selected films may be subjects of debate and exhibitions that will take place in the months following the Festival. As such, the Management will make agreements with the entitled parties.

The Napoli Film Festival Committee will appoint a jury composed of Italian buyers and personalities from the cinema and cultural world, with the exclusion of those parties that have collaborated in the creation of the films in competition or who have an interest in the use of such films.

The jury, during their first meeting, will elect the President from among its members. The President’s vote, in the following ballots, will count double in case of parity.

The Napoli Film Festival Management will support the Jury with the exclusive function of assistance in the matters of Regulations and praxis. The Jury’s decisions are final and indisputable.

The selected films will run for

The Festival’s Management guarantees insurance coverage “against all risks” for the films’ layover period at the screening premises. However, the insurance value of the films cannot be greater than the laboratory cost of a standard copy. Beyond this, every possible measure will be taken to protect the copyright of the films entrusted to the Festival.

The Rules and Regulations are written in Italian and English. Any disputes over the interpretation of the individual articles of the Regulations will be based on the original Italian version.

The request to participate in the Festival implies the unconditional acceptance of and compliance with the Rules and Regulations. It is the responsibility of the directors, distributors or other parties who present feature films to guarantee that they are legitimately authorized to submit the films to the Festival. The directors, distributors or other parties who present a feature film jointly with the authors must release a written statement duly signed, in appendix to the submission form, in which they clarify, under their own responsibility, the registration of the copyright utilization of the film and for the payment of the prizes.

Any controversy that should arise between the participants and the Napoli Film Festival must be transferred to the indisputable decision of a board of arbitration, formed by three amicable composer arbitrators, who will judge “ex bono et æquo”, without formality of procedure (excepting contradictory cases between parties) within 60 days of their appointment. Their resolution will be adopted as the agreement reached by the parties. Each party will nominate one arbitrator and the third will be nominated by the first two or if agreement is not reached, by the President of the Court of Naples (Tribunale di Napoli) who will also nominate the arbitrator for the party that has not done so. 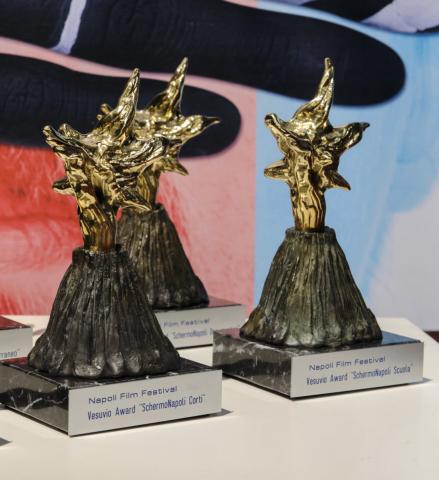